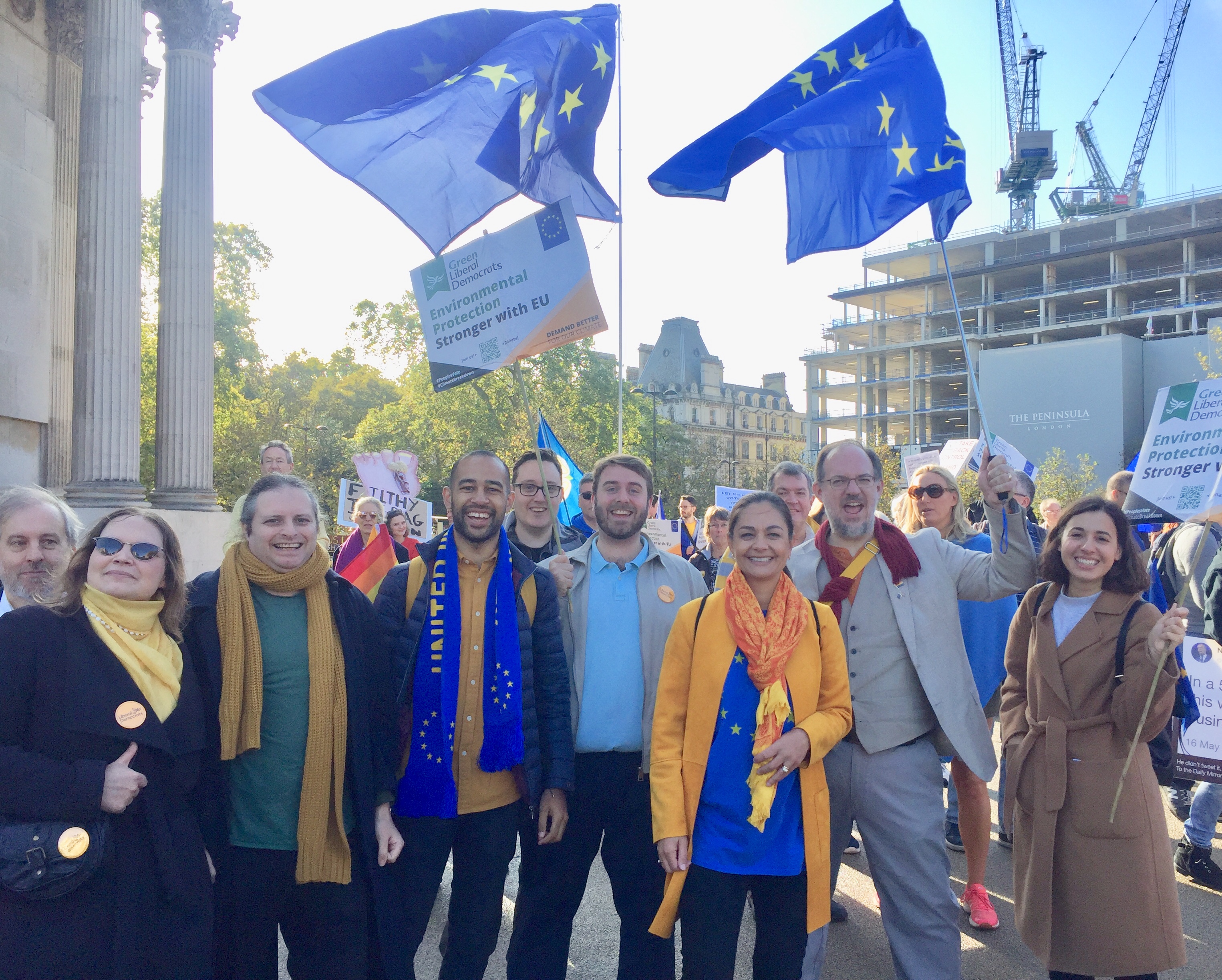 On Saturday 19th October, Lib Dems marched in their tens of thousands through London demanding the people are given a final say on Brexit - and an option to remain in the EU. And your local East London party and candidates were there in support.

A massive march demanding a final say on Brexit took place on October 19 with Liberal Democrats from across the UK joining together in London to support a People's vote with an option to remain in the EU. The Lib Dems want to Stop Brexit and the People's Vote is seen as one of the best ways to make this happen. The mood at the march was determined and committed with everyone very aware that we are in the final stages of the fight to protect our countries future. 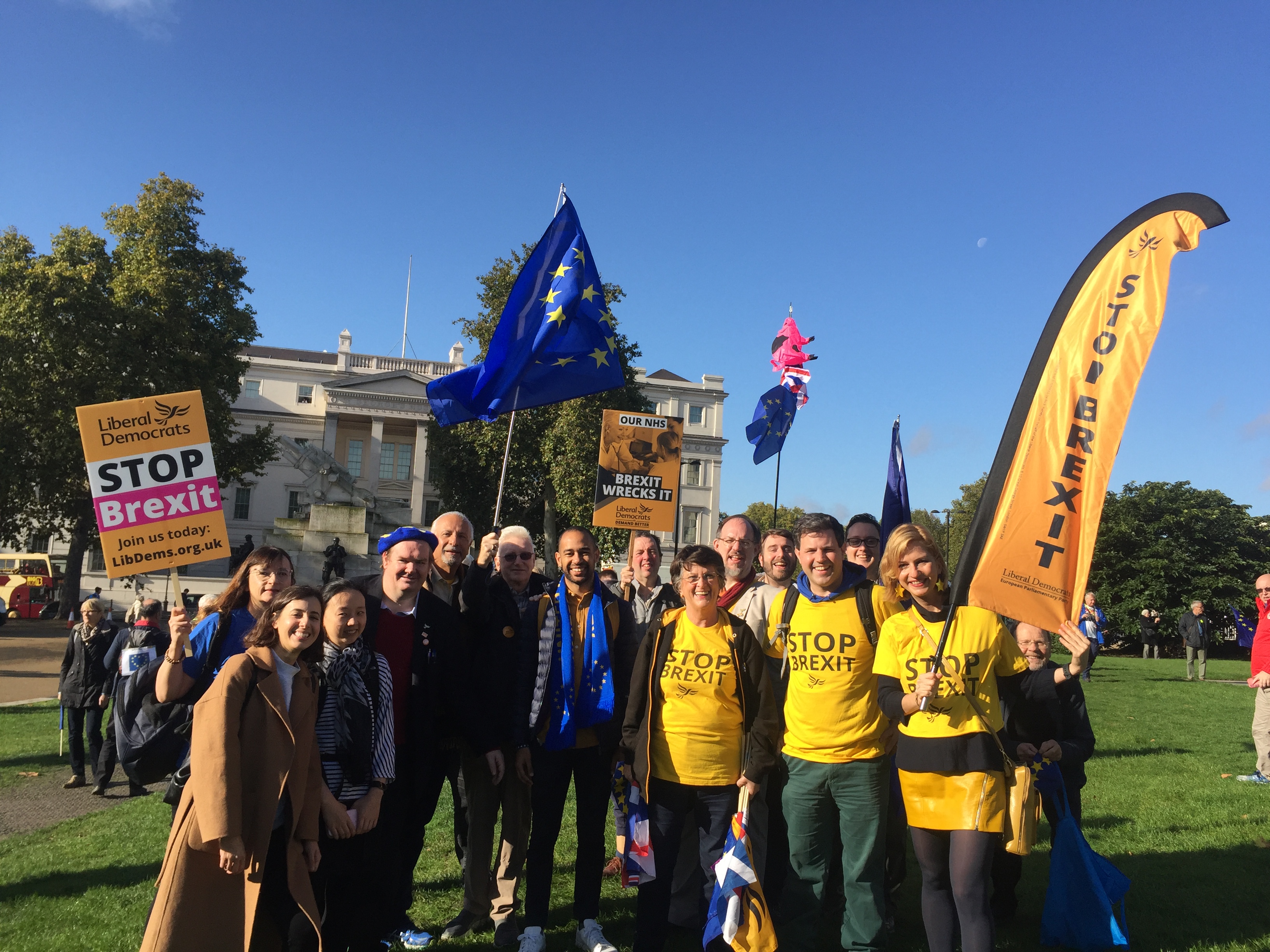 Your local Lib Dem Party for Newham, Barking and Dagenham were there in force, joining up with Tower Hamlets to create a massive presence for East London liberals. They were also pleased to show their support for next years Lib Dem Mayoral Candidate, Siobhan Benita, who was one of the many high-profile Lib Dem candidates at the march.

And no surprise that Mark Pack, Lib Dem Presidential candidate was there sharing his contagious enthusiasm with Lib Dems from all parts of the UK and from every walk of life. 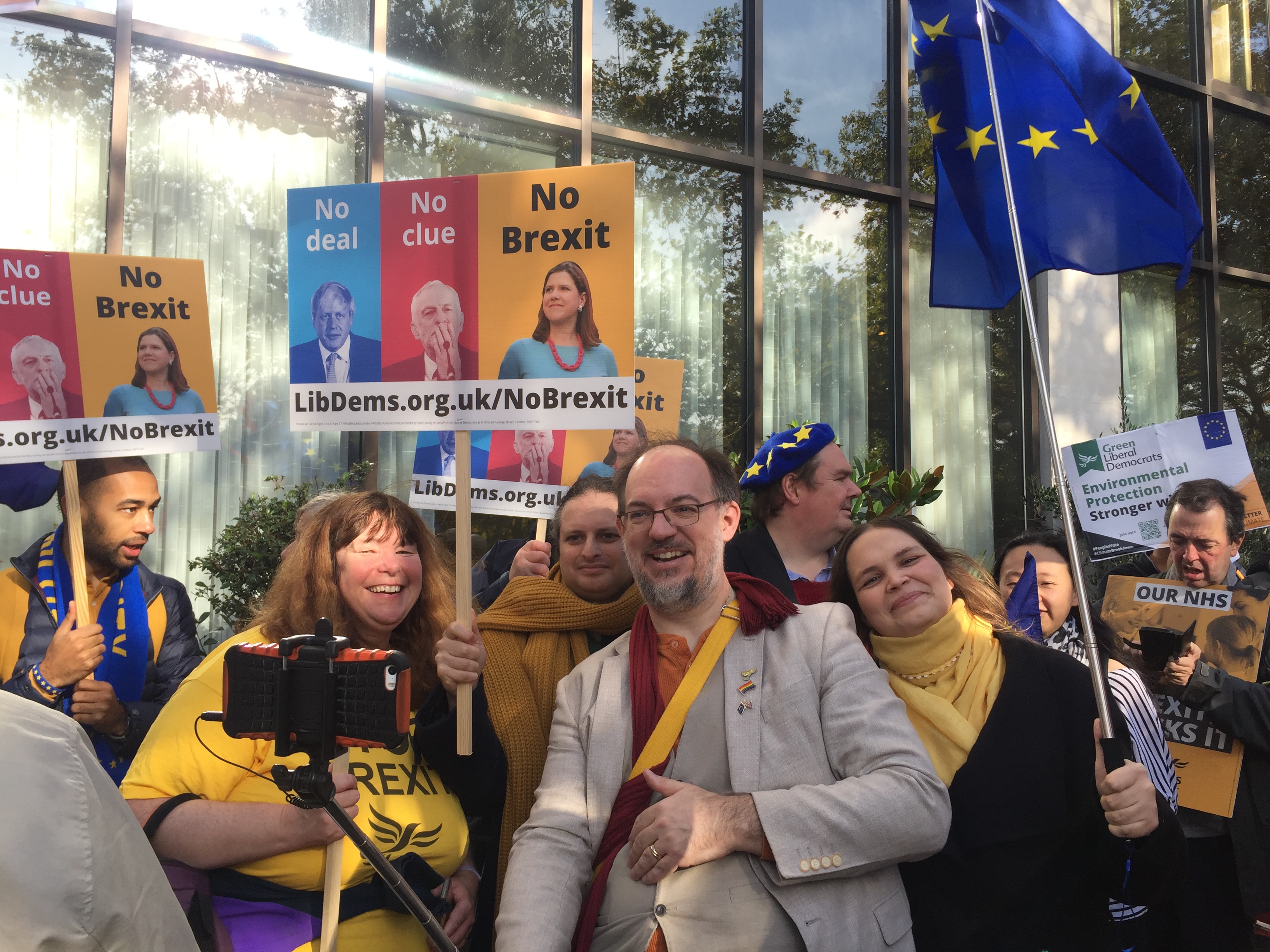 One of Siobhan's GLA Candidates, Richard Flowers for City and East London (above centre), a well-known advocate for equality and liberal values in East London, was at the march to show his passionate support for remaining in the EU. 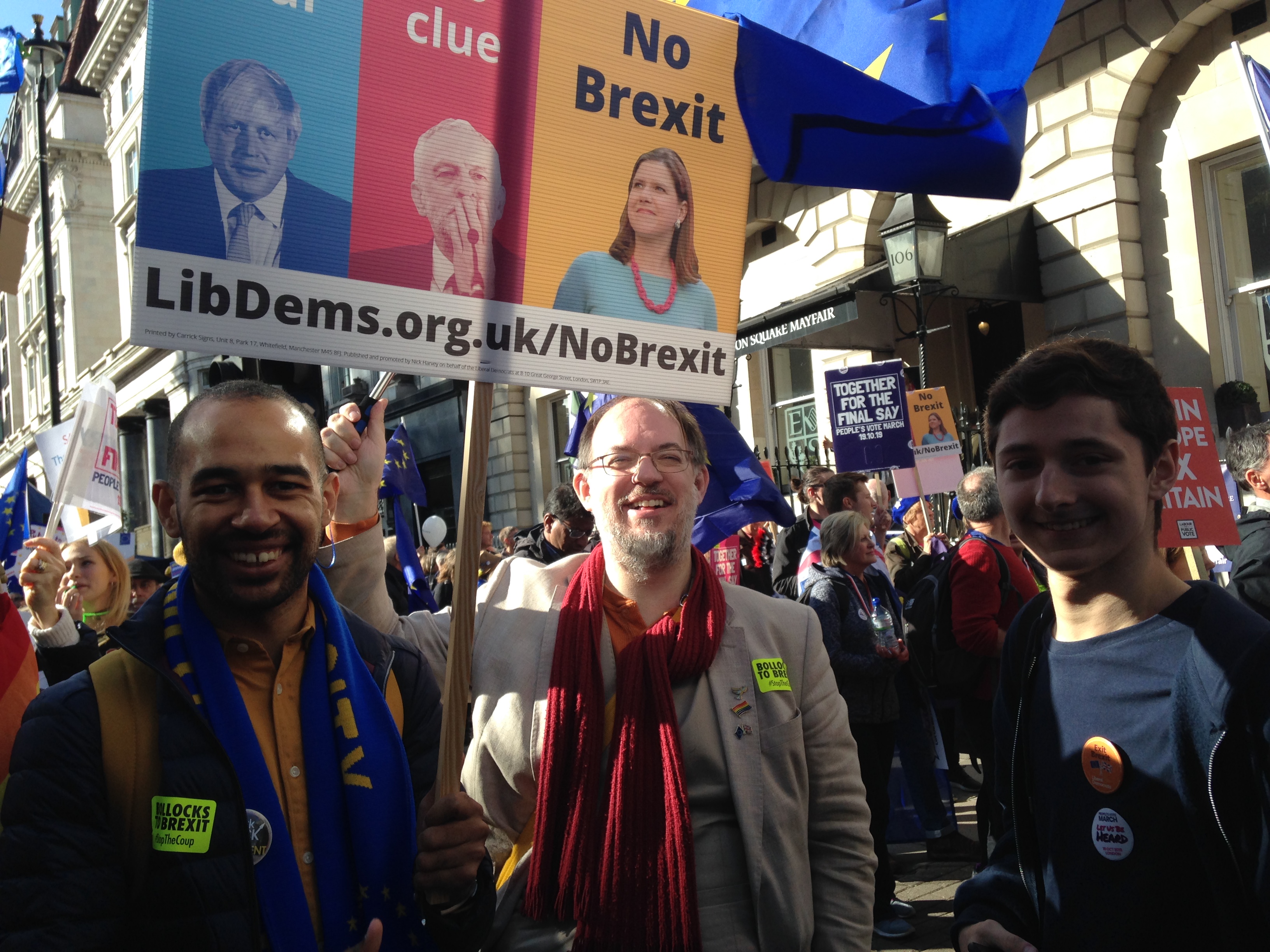 Other candidates marching with our East London members and supporters were Josh Babarinde for Bethnal Green and Bow (above left) and Michael Fox for East Ham (below). 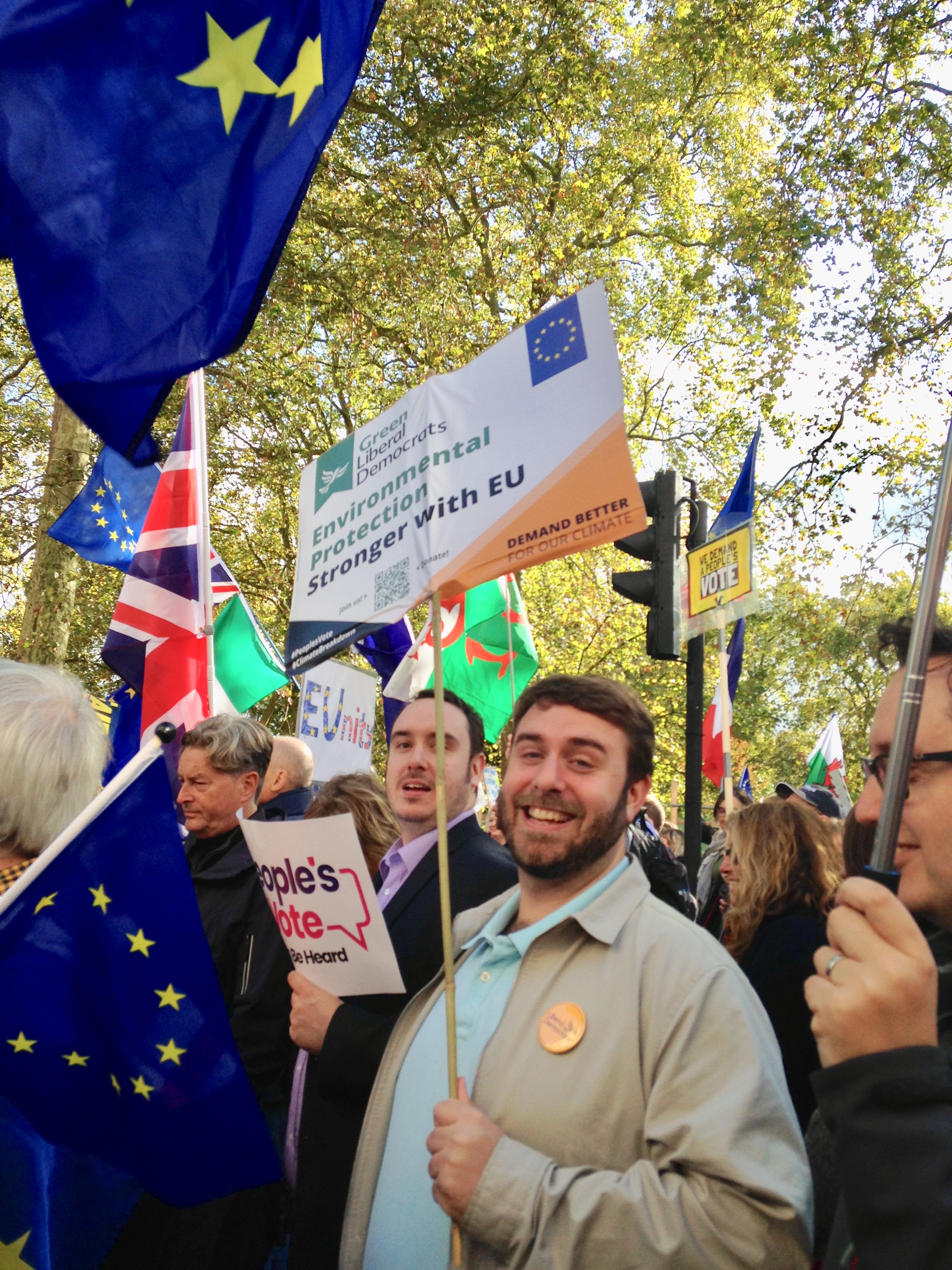 Every great march deserves a great after party! And the East London Lib Dems were delighted to be joined at the iconic "The Feathers" by Sam Gyimah, MP for East Surrey and Christine Jardine, MP for Edinburgh. 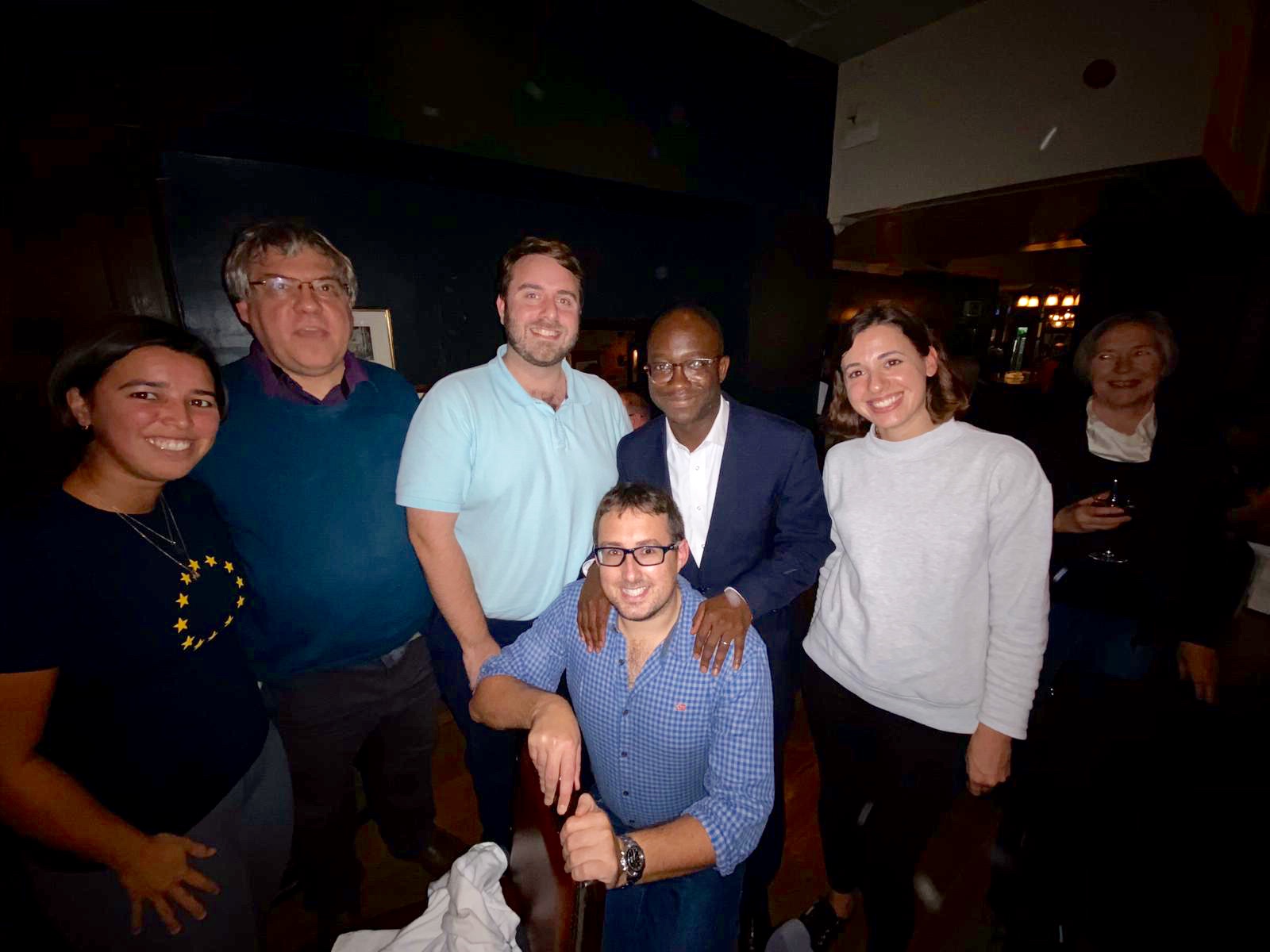 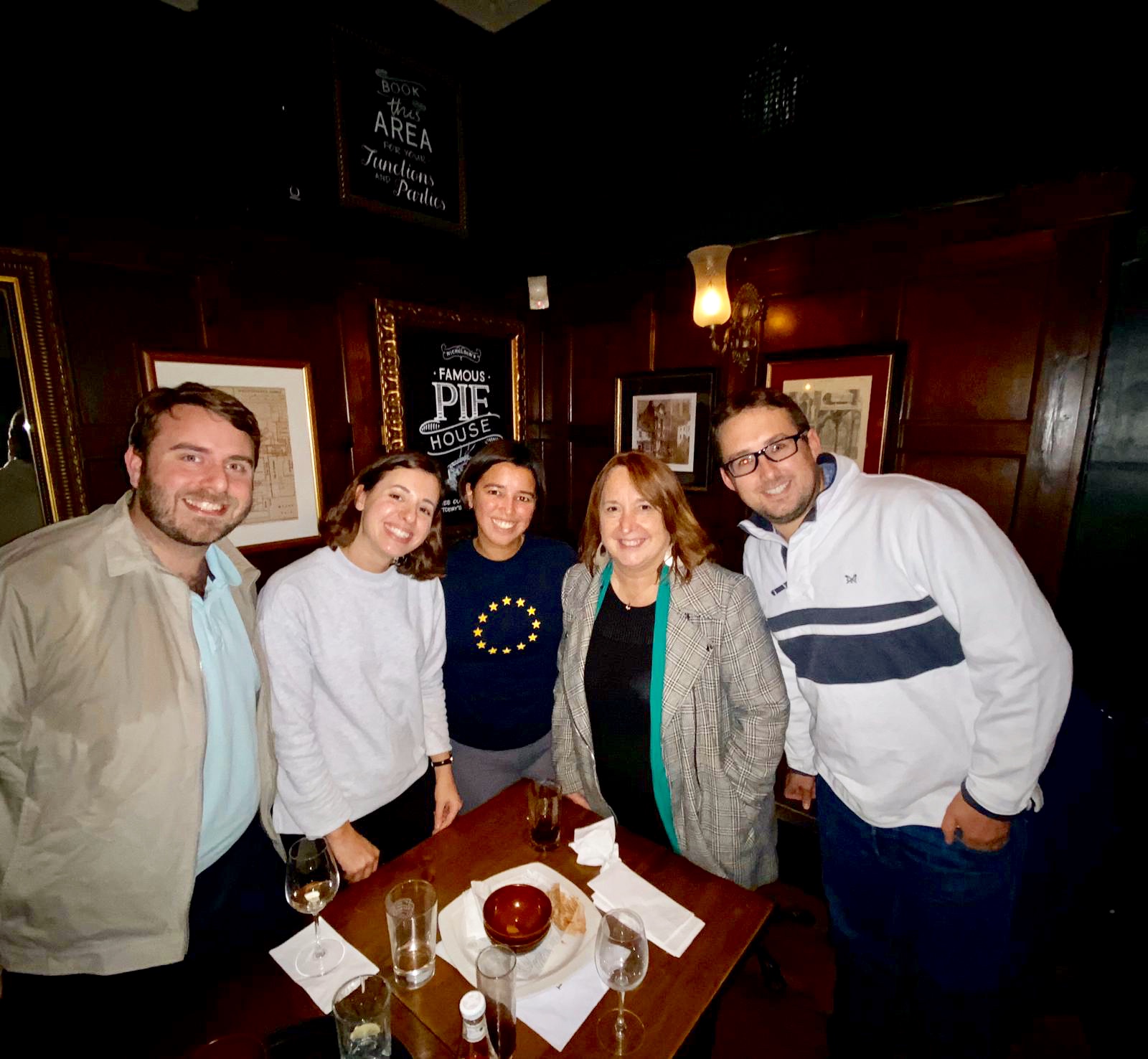